One of the smartest decisions the Big Finish production company ever made has been to further extend its Doctor Who audio releases by creating its range of Companion Chronicles talking books. And one of their finest releases so far has been The Mahogany Murderers, featuring theatre manager Henry Gordon Jago and police pathologist Professor George Litefoot.

They originally made their (sole) TV appearance in the 1977 Victorian extravaganza, The Talons of Weng-Chiang by Robert Holmes, a story which is seen by most fans as one of the very best, if not the best, Doctor Who stories. It was a six-part season finale that climaxed the first three years of Tom Baker’s tenure in the role, with the actor at the height of his popularity.

The duo of Professor Litefoot, an upperclass gentleman, with the voluble cockney showman Henry Gordon Jago was immediately recognised as being a winning combination and there was apparently even talk of a spin off BBC series at the time. Cut to over thirty years later … And perhaps the second best idea Big Finish has had! 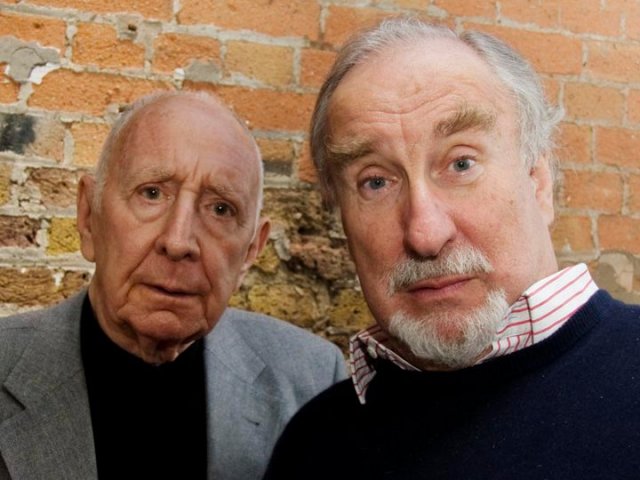 In the last 5 years, along with the introduction of the Companion Chronicles range, has expanded in many way, but for this listener the most exciting, especially since the sad and premature demise of the not-quite-popular-enough Sapphire & Steel adventures, has been to spin off Jago and Litefoot into their series of fantastical ‘infernal investigations’ set in the Baghdad on the Thames atmosphere of Late Victorian London, reuniting Christopher Benjamin and Trevor Baxter as the fruity duo – these releases are amongst the cream of Big Finish’s output -and long may they continue.

I plan to review them all as they appear, especially as a fourth series is due and a fifth is already in production. But for the moment, here are the details of the titles already released, in beautifully designed box sets I might add, with links to the titles I have already blogged on.

To purchase the set from Big Finish, and you really, really should, visit the company’s website here: www.bigfinish.com/Jago-and-Litefoot