Posted on 24 April 2011 by Cavershamragu

After the domestic Sturm and drang of Daisy Chain we come back to basics with the next Sapphire & Steel, which above all else sees the very welcome return of David Collings as Silver, the ‘operative’ he played in two of the original TV stories. His flirtatious relationship with Sapphire was a real highlight, both there and in this production, where he also develops a strong attachment to Mary, a young student. This time the setting is the City of London archive where Mary is working to digitise historical records on the same site of a ‘plague pit’, where bodies were buried in the 17th century. It is here that a special manuscript has been found, a diary that our heroes believe may be acting as a trigger for another breakout from Time.

History has the habit of making the unique mundane

Posted on 5 April 2011 by Cavershamragu 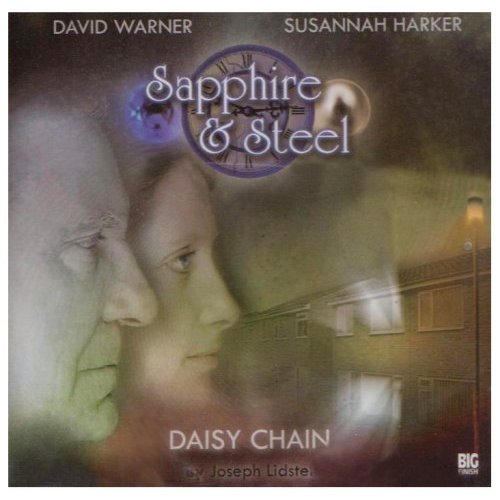 After a traditional opening story in The Passenger, this second installment in the revived Sapphire & Steel series proves to be anything but risk averse. The TV version used isolated settings and limbo sets to make the most of the theatricality inherent in its studio-based set-up. This story bravely moves into the realm of the ordinary, quotidian and mundane, with Sapphire warning Steel in mock horror that they are about to enter … suburbia.

Posted on 30 March 2011 by Cavershamragu

Big Finish and other publishers and production companies like it, specialising as they do to a certain extent in continuing traditions established on television years ago, can be seen as trading on fan nostalgia, on remembrances of things past. When they began their range of Doctor Who audios in 1999, their objective was partly to plug a perceived gap in the market – the show had by then been off the air for quite some time and it seemed apparent that Paul McGann’s Eighth incarnation, the current incumbent, was unlikely to return as a regular TV character anytime soon. The McGann audios were therefore seen as directly continuing the series, as if it were moving forwards with the show in ‘the present’ while the releases featuring the earlier actors to play the role were aimed inevitably at recreating on audio a television era that had already come and gone. Thus their adventures would seemingly be stylistically mired in the past while McGann’s would be able to move more easily with the times. Once the show came back to TV in 2005 however this would also stop being the case with Christopher Ecclestone taking over the mantle. But Big Finish thankfully proved to be able to provide more than simple exercises in nostalgia and have consistently delivered content that, to these ears, is considerably superior to its television counterpart without betraying its roots but instead developing and building on the promise of the show and without just being hidebound by its past.

Having said that, Sylvester McCoy was very much my Doctor Continue reading →

Posted on 16 March 2011 by Cavershamragu 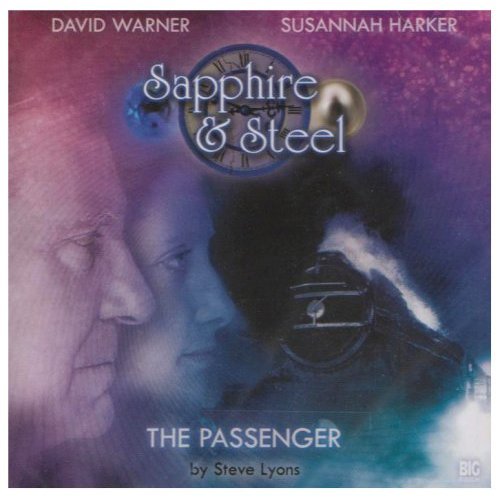 The new series of Sapphire & Steel gets off with something of a ‘soft launch’ in this debut audio, one that is cast very closely in the mould of the original television series. Specifically it emulates the second TV story, also beginning with a man in late middle-age on a deserted railway platform who is later beset by ghosts from different time periods motivated by a sense of betrayal and injustice. But this is no bad thing as ‘Adventure Two’, to use the home video designation as the stories have no individual onscreen titles, is probably the best of the series and also the best remembered which sensibly helps listeners to get refamiliarised with the general concept and also settle into this new audio incarnation of an old favourite from the late 1970s and early 80s. After a peremptory ‘it’s been a long time’ by way of acknowledgement that a good 20 years have passed since they were last seen in action, the familiar story template eases us smoothly into a new era of paranormal entertainment featuring PJ Hammond’s cult classic duo, elementals who fend off incursions into the present from ‘time’ itself, here presented as a dark, destabilising force. Continue reading →